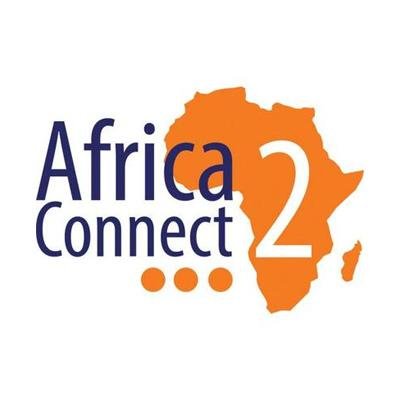 African research and education network associations WACREN, the UbuntuNet Alliance and ASREN have partnered with their European counterpart GÉANT in a €26.6m EU co-funded project to provide dedicated high-speed internet all over Africa.

This follows the success of the AfricaConnect project which contributed to the creation of a high-speed R&E network in Eastern and Southern Africa between 2011 and 2015.

AfricaConnect2 will develop high-capacity internet networks across the entire African continent and connect them to the European GÉANT network, allowing students, researchers and academics in Africa and beyond to collaborate. The connectivity boost will not only advance research and education locally with opportunities like e-learning and cloud computing, but it will equally benefit scientific studies the world over in areas such as climate change, biodiversity, food security, malaria and other infectious diseases.

Professor Jegede from the Department of Physics and Engineering Physics at the Obafemi Awolowo University in Nigeria explains: ‘’In my area of research I need access to climate data as well as regional climate models (RCMs) to be able to study different climate scenarios and train students to be able to do so. The AfricaConnect2 project opens up new vista supporting collaborative research across Africa and beyond through timely access to scientific data using high-speed Internet connectivity provided by NRENs. I am very excited to be part of the cooperative whereby acquired data is made available to the global scientific community and for training of postgraduate students in Africa.’’

A central part of the recently announced Africa-EU Partnership, AfricaConnect2 will fulfil both continents wish to connect research and education communities across borders and accelerate scientific breakthroughs.

“Science, technology and innovation figure high on the African and European agenda as means to attain socio-economic development objectives,’’ says Françoise Moreau, Head of Unit at the EC Directorate-General for Development and Cooperation (DG DEVCO). That is the reason why under the Joint Africa-EU Strategy, both continents have decided to deepen their cooperation to promote knowledge-and skills based societies and economies. The EU therefore welcomes the start of AfricaConnect 2, which will build upon the successes of AfricaConnect in improving scientific knowledge and will further reinforce cooperation between research communities of the two continents, for the benefits of all.”

Boubakar Barry, the CEO of West and Central African networking organisation, WACREN, points out: ‘’ AfricaConnect2 comes at a time when the demand for adequate bandwidth and network services from researchers, lecturers and students at West and Central African higher education and research institutions is extremely high. There is no doubt AfricaConnect2 will satisfy this demand and benefit the socio-economic landscape in the region.’’

–          WACREN which is building a regional R&E network in West and Central Africa and will connect it to Europe.

–          ASREN which has been connecting Northern Africa following the Mediterranean EumedConnect project.

–          And European networking organisation GÉANT, which will develop new connections with all pan-African networks, bringing the R&E communities between two continents together.

All three African networking organisations will support local networks at different stages of development and improve regional and international connectivity, encouraging more institutions and countries to join in.

Supporting a network of people

But like its predecessor, AfricaConnect2 means much more than affordable high-capacity connectivity. AfricaConnect2 will also offer capacity building at a regional and continental level, supporting sustainable development and helping build a more inclusive Information Society across Africa.

Cathrin Stöver, Chief International Relations and Communications Officer at GÉANT, comments: ‘’Looking beyond the routers, switches and cables, the secret to a successful project is people. People as a close-knit community, with a pool of well-trained engineers who efficiently manage their networks and support their users to allow them to make a difference. AfricaConnect2’s ambition is to develop and nurture such a community spirit.’’

AfricaConnect2 is due to finish by the end of 2018. The EU development co-operation funds contribute up to €20m, with the beneficiary partners bringing in the remaining €6.6m.

To achieve its goal, WACREN works not only with educational and research institutions, but also with bodies such as regional economic communities (ECOWAS, ECCAS, UEMOA), telecommunications regulators (WATRA) and a number of national policy and decision-making institutions in West and Central Africa.  WACREN was constituted in 2010 and currently has 11 participating NRENs in the region.

GÉANT is Europe’s leading collaboration on network and related infrastructure and services for the benefit of research and education, contributing to Europe’s economic growth and competitiveness. The organisation develops, delivers and promotes advanced network and associated e-infrastructure services, and supports innovation and knowledge-sharing amongst its members, partners and the wider research and education networking community.

GÉANT has 41 member countries and is owned by its core NREN membership, and also has Associate members including commercial organisations and multi-national research infrastructures and projects.
GÉANT was formed on 7 October 2014, when TERENA and DANTE joined forces and adopted the GÉANT name from the GÉANT Project (co-funded by the European Commission and currently in phase GN4-1), which continues to be a major area of the organisation’s work.
GÉANT manages research and education (R&E) networking projects serving Europe, the Mediterranean, Africa, Central Asia and the Eastern Partnership countries. In addition, it supports R&E networking organisations in Latin America, the Caribbean and Asia-Pacific and coordinates Europe-China collaboration.

The UbuntuNet Alliance is a regional association of National Research and Education Networks (NRENs) in Eastern and Southern Africa. It was established in the latter half of 2005 by five established and emerging NRENs: MAREN (Malawi), MoRENet, (Mozambique), KENET (Kenya), RwEdNet (Rwanda) and TENET (South Africa).

The objectives of the Alliance are, on a non-profit basis: to develop and improve the interconnectivity between NRENs in Africa and their connectivity to the worldwide R&E community; to develop the knowledge and skills of ICT practitioners in R&E institutions; and to provide related auxiliary services to participating NRENs. To date, the Alliance’s footprint has stretched across the largest landmass of Eastern and Southern Africa with participating NRENs in 15 countries.

ASREN, the Arab States Research and Education Network, is a non-profit international organisation, registered in Germany, and operates under the umbrella of the League of Arab States. ASREN is the association of the Arab region National Research and Education Networks (NRENs), as well as their strategic partners that aim to implement, manage and extend sustainable Pan-Arab e-Infrastructures dedicated for the research and education communities and to boost scientific research and cooperation in member countries through the provision of world-class e-Infrastructures and e-services. The goal is to connect Arab institutions among themselves and to the globe through high-speed data-communications networks; boost pan-Arab collaborative research and education projects and activities; and contribute to promote scientific research, innovation and education across the Arab region.