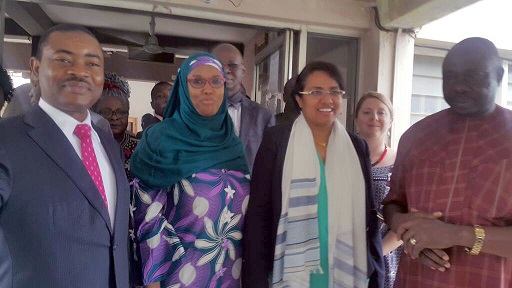 About five years ago, the Nigerian Research and Education network (NgREN) received a major support from the World Bank to enable her roll out its network in 27 Federal Universities. The aim is to digitally connect all educational and research institutions across the country and provide affordable internet bandwidth; electronic resources like e-books, e-journals, repositories; identity federation and roaming services; high performance computing; etc.

Ever since, the network has been making gradual progress and has attained some level of self-sustenance. In fact, the NgREN story is a testament to how the National Universities Commission and other stakeholders have used Development partners’ support to kick-start a thriving programme.

A similar scenario is being witnessed under the Africa Centres of Excellence (ACE) programme, which is bringing about a major turnaround in research and postgraduate training in the areas of Health Sciences, Agriculture and Science, Technology, Engineering & Mathematics (STEM).

The Africa Centres of Excellence (ACE) is a World Bank funded regional higher education project, designed to promote regional specialisation, among participating Universities, within the Science, Technology, Engineering and Mathematics (STEM), Agriculture and Health areas, that address particular common regional development challenges as well as strengthen the capabilities of these Universities to deliver high quality training and applied research. The broad objective of the ACE project is to meet the labour market demands for skills within specific areas where there are skill shortages affecting development, economic growth and poverty reduction in the sub-region.

The Centres of Excellence in Nigeria, like other countries, emerged through a very competitive process, which resulted in the selection of 22 Centres in the West and Central African sub-regions, out of which ten are in Nigeria. Eight countries across West and Central Africa are participating in the first phase of the project: Nigeria, Ghana, Togo, Benin, Cameroun, Burkina Faso, Cote d’Ivoire and Senegal.

The success of the ACE project is enormous in terms of improved learning environment, attaining world class research, increased collaborations and partnerships, bridging skills gap in the region and increase in internally generated revenue. The beneficiaries of the ACE project are students in supported institutions and their partner-institutions from across West and Central Africa, who will benefit from quality research-based education in high demand areas; companies, governmental and non-governmental organisations that partner with the ACEs, which stand to gain from more interns and graduates, who are trained in more relevant areas and also from more applied research, relevant to their businesses.  In addition to these, Faculty and Staff in the ACEs will benefit from improved teaching and research conditions; while their counterparts in regional partner-institutions, will also benefit from improved capacity of the ACEs.

Speaking on this collaboration, Chairman Board of NgREN and Executive Secretary of the National Universities Commission (NUC), Professor Abubakar Adamu Rasheed disclosed that the Centres are making tremendous progress in research though not at the same pace. He said some are moving faster than others, but what is needed is for them to deploy more of the available resources and technologies in their projects to achieve more results as there is still more grounds to be covered.

He said “after my recent visits to all the 10 centers in the country, to monitor their progress and get first-hand information about them, I can confidently say that they have renewed my hope in the capacity and capability of the Nigerian University System (NUS) to impact, positively, the country, the West African sub-region and African continent, as a whole.

“Every one of the ACEs is at the centre of relevant research, some of which have put the country on the world map. The world is being controlled by two revolutions: One is the genomics/genetic revolution and the other, the digital revolution. It is gratifying to see that two of our Centers (the Africa Center of Excellence in Genomics of Infectious Diseases at the Redeemer’s University, Ede and Software Engineering at the Obafemi Awolowo University, Ile-Ife) are on their way to becoming strong players in these fields.

“The Pharmaceutical industry has captured the world’s imagination with Phytomedicine and the Africa Centre of Excellence in Phytomedicine Research and Development at the University of Jos is set to take its place in that field as well. Closely related to this, in health, are the Centers on Neglected Tropical Diseases and Forensic Biotechnology at the Ahmadu Bello University, Zaria and that in Reproductive Health Innovation at the University of Benin.

“In agriculture, post-harvest losses, dry land farming and environmental sustainability have remained important topics of international discuss. Again, three of the ACEs (Centers for Food Technology and Research at the Benue State University, Makurdi; Dryland Agriculture at Bayero University, Kano as well as Agricultural Development and Sustainable Environment at the Federal University of Agriculture, Abeokuta) are giving good accounts of themselves.

“Not the least, are the remaining two Centers of Excellence in Science, Technology, Engineering and Mathematics (STEM) at the University of Port Harcourt and the African University of Science and Technology, Abuja. Their Centre for Oil Field Chemicals Research and the Pan African Materials Institute, respectively, are at the cutting edge of research in their areas of competencies.

“Five of the ACEs also received the combined teams of officials of the World Bank (WB), Association of African Universities (AAU) and the NUC on supervision missions to monitor their progress and how they are meeting the Key Performance Indices of the Project. The Centers visited were those in Jos, Benin, Zaria, Abeokuta and Ile-Ife.”

The ACE in Nigeria had leveraged on a number of NgREN services e.g. the WebEx and video conferencing technology to connect and enable members of the ACEs project interact among themselves. One of the derivable benefits was at the recent gathering of the ACE members during the 4th meeting of the National Project Performance Review Committee (NPPRC) which took place on April 20, 2017 at the Bayero University Kano’s Centre for Dryland Agriculture (CDA). The meeting leveraged on NgREN to ensure full participation of the members as those who were unavoidably absent effectively participated remotely from various parts of the world in the proceedings via video conferencing.

The WebEx is a multi-functional desktop video/audio conference call application that allows meeting with anyone, anywhere, in real time, as long as there is availability of Internet access and the application on a computer or the app installed on a phone. The platform afforded absentee members to physically participate remotely from various parts of the world.

The NgREN platform has given some increased level of visibility to the ACE by helping the world see clearly some of the potentials and prospects that were coming out from the walls of the individual universities running the Centres. The Platform has enabled some of the participating universities move away from ordinary abode of teaching to research gateways, which is currently shaping the acceptance of these Centres as also gateways for internationalisation, as they have begun to attract international students. The ACE are gradually building viable research centres in the universities with the exposure of the varying projects to cutting-edge researches through networking among them.

The NgREN Platform also opened up a channel of collaboration between the Centre for Dry-land Agriculture hosted by the Bayero University Kano and the International Crop Research Institute for the Semi-Arid Tropics (ICRISAT), a major international stakeholder in dry-land agriculture. It is for these inexhaustible benefits of the NgREN that universities are encouraged to key into the technology in order to maximise its benefits.

During his visit to the Centre for Phytomedicine Research and Development at the University of Jos, Professor Rasheed while commiserating with the institution whose library was recently gutted by fire urged the University to focus more on its e-library as, according to him, most modern libraries in the world were moving towards this direction with few hard copies of books on their shelves.

He was accompanied on the visits to the ACEs by the Managing Director of NgREN, Dr. Joshua Atah.