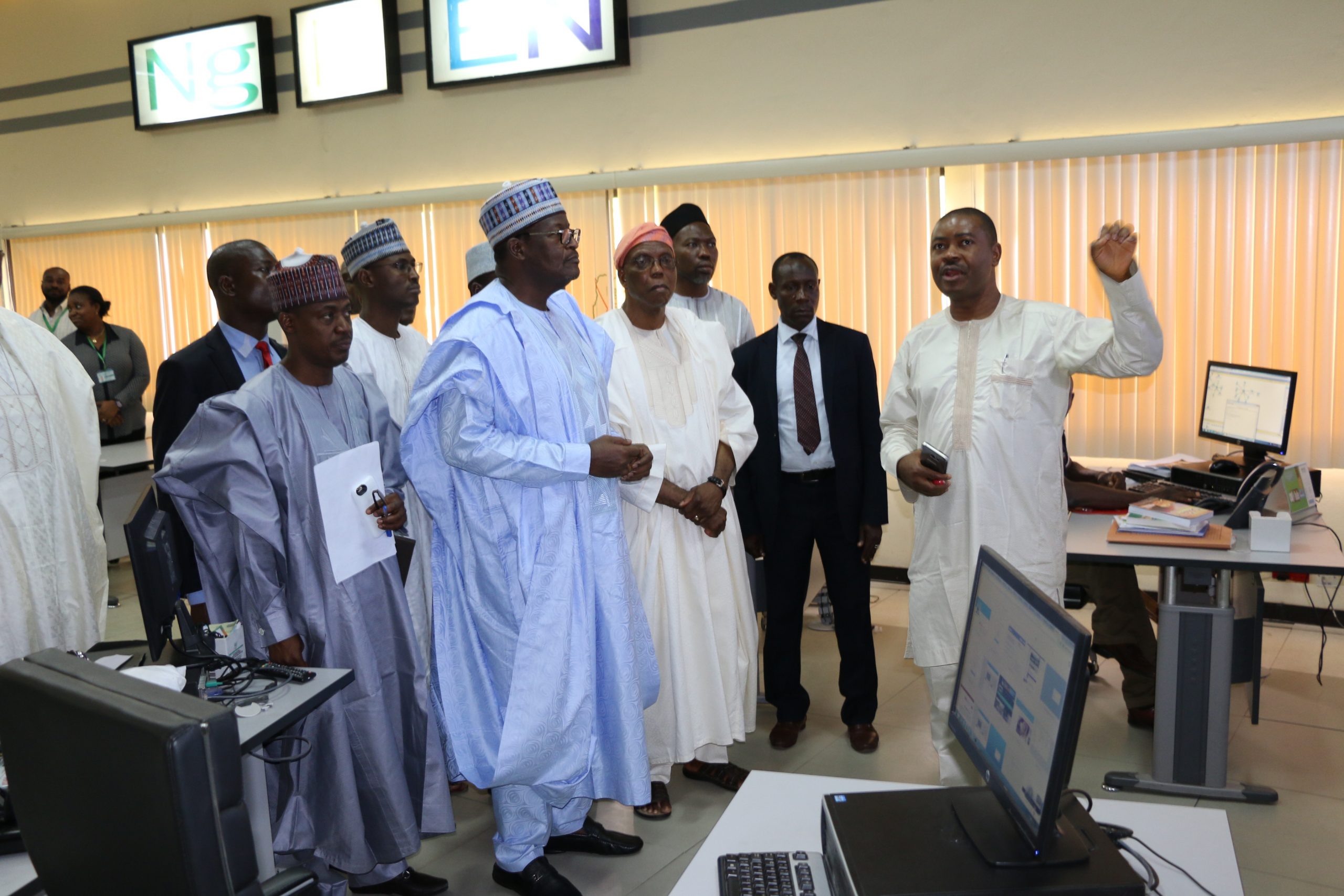 The Nigerian Communication Commission (NCC) has promised to work with the Nigerian Research and Education Network (NgREN) to address some of the challenges facing the network.

The Executive Vice-Chairman and Chief Executive of the Nigerian Communications Commission (NCC), Professor Umaru Garba Danbatta, who toured the NgREN facilities March 13, 2016 in company of the then Board Chairman of NgREN who was also the Executive Secretary of the National Universities Commission (NUC) Prof Julius A. Okojie, assured of his agency’s commitment to deploying ICT infrastructure to critical areas of need, particularly in the university system, which, he noted, was the driver of the nation’s economy. He commended the Network and agreed to immediately constitute an ad-hoc team to include NUC, NgREN, NCC, and the Universal Service Provision Fund (USBF) to discuss the nitty-gritty of the collaboration.

Professor Danbatta said the project has increased opportunities for collaborative research amongst Nigerian universities and other RENs around the world. The visit afforded the NCC Boss the opportunity to identify areas of mutual collaborations with the NUC and NgREN, in order to join forces together in deploying critical infrastructures to improve resource-sharing among institutions.

The NCC boss disclosed that his Commission has been offering assistance to the universities through a Project it designed and known as ‘Inter-University Connectivity Network’. With the Project, he said, the agency had provided and distributed a total of 109 kilometres of optical fibre cables, to 17 First and Second Generation universities, aimed at a total coverage of their interconnectivity with one another.  NCC also deployed 15 Smart Classrooms for teaching delivery, which, he noted, had reduced the stress of classroom interaction between lecturers and students where they are being put to use.  He relived his personal experience with the Smart Classroom tool, which he used to prepare his lectures at Bayero University Kano (BUK), and was able to deliver the course contents at less time and maximum efficiency.

Earlier, while receiving his visitor, Professor Okojie commended the efforts of the NCC at deploying Information and Communication Technology (ICT) in the universities. He said that the Commission had noticed some of the contributions of the Communications agency towards the provision of some ICT infrastructure such as fibre optic cables, Smart Classrooms for exploration of digital contents in teaching delivery and Close Circuit Television (CCTV) Surveillance equipment to improve security networks in the campuses.

The Executive Secretary, however, observed that to ensure economies of scale and the judicious utilisation of scarce resources among government agencies, NUC needed to be consulted in matters involving interventions on such critical infrastructure required by the universities as the regulator. According to him, with a lot of facilities requiring upgrade in the Nigerian University System (NUS), wider consultations would enable stakeholders achieve more fruitful results when such synergies are formed and would also lead to avoidance of duplications of efforts in the system.

The Managing Director, NgREN, Dr. Joshua Atah also informed the visitor that the Network, since its official commissioning in July 2014, had brought several benefits to Nigerian Institutions. He specifically noted that the REN had recently partnered EBSCOhost to provide electronic content, including e-books, journals and academic magazines, valued at 4million Dollars to Nigerian universities. He said that subscribers on the REN have now been able to save on the cost of bandwidth, which initially cost USD 1,260 for mbps and has now dropped to USD59 for mbps.

Dr. Atah disclosed that NgREN was currently working with Nigerian Universities to digitize content so as to enable effective sharing of their resources on the platform. He added that the network had also partnered with Nigerians in the Diaspora, particularly the Association of Nigerian Physicians in the Americas (ANPA), to provide teaching, research and other forms of assistance to enhance the nation’s education sector.

The NCC EVC, who was impressed by the activities of the REN, interacted by video conferencing with two subscriber institutions – Federal University, Lafia (FULafia) and Nnamdi Azikwe University, Awka.